What’s next for evangelicals post-Trump Engaging views and analysis from outside contributors on the issues affecting society and faith today. CP VOICES do not necessarily reflect the views of The Christian Post. 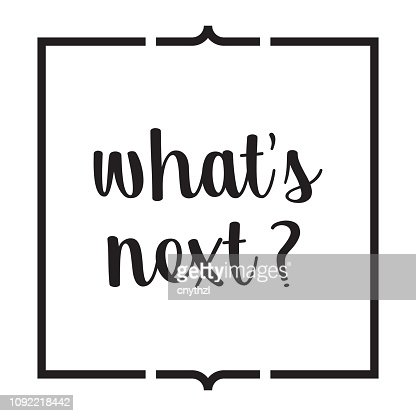 As of this writing, barring divine intervention, it appears as if Donald Trump has lost his bid to be reelected to a second term. Many evangelicals view this as a shame because on so many issues, President Trump’s policies have been exemplary. Whether for issues of direct relevance to people of faith (religious freedom, life and school choice), or broader issues of freedom (regulation, lower taxes), Trump’s conservative policy record rivals any president’s record for the past half century.

But several evangelical leaders did not support his candidacy. For a variety of reasons (whether his speech, his unconventional methods of communication, or his past indiscretions), some evangelicals just couldn’t support him. Some even supported the former Vice President. “Pro-Life Evangelicals for Biden” wasn’t a Babylon Bee headline, as many suspected, but in fact a real group whose public leadership included respected Christian leaders.

The question is – how should politically and theologically conservative evangelicals respond to these brethren as we try to move forward as fellow believers? We should respond in three ways.

First, recommitting to Biblical truth, we should reemphasize the importance of life and marriage. All life, born and unborn, is sacred. We need to be very clear with our evangelical brothers and sisters about this basic truth of moral reasoning – unless a person is given the chance to live, none (and I mean none) of the other issues of public policy concern is important. Is racism important? Of course. Is education reform important? Yes, especially for low-income children. Is health care important? Without question. But under current law, an entire class of human beings is subject to death, at any time and for any reason, up until the moment of birth (or even after birth). Though not the only issue, no other issue comes close in terms of moral importance.

Unfortunately some evangelicals seem to have reached a point of fatalism (or perhaps even comfort?), with the reality of abortion on demand 50 years after Roe. We need to be reminded of the truth that every child is sacred and therefore worthy of legal protection.

What's Next For Dustin Poirier

We also need to reemphasize the truth about marriage. Biblical marriage has one, and only one, definition – a lifelong commitment between a man and a woman. The extent to which society conforms to this biblical ideal, and privileges childbearing within this ideal, the better it will do for children, adults, and communities. And this belief in marriage is grounded deeply in long-held, sincere religious belief.

This is not hate speech. This is not a judgement on the morality of homosexuality, or any number of other issues. It is biblical orthodoxy, confirmed beautifully by social science. For many in the evangelical tradition, their adherence to this basic truth and its public implications is waning. Whether it is an ignorance of the teaching of the biblical text, or a wilting in the face of withering critiques from the culture, we seem all too ready to compromise. Instead, we should argue clearly that children need mommies and daddies who are married to each other. That is the ideal, and negative things are more likely without it.

Secondly, as we speak these truths, we need to do so in love. We need to be gracious in our public claims, not strident. Understanding that we are sinful humans saved by God’s grace should produce humility while talking with fellow brothers and sisters in Christ. We need to be “one” as Christ has called us to be one (John 17), maintaining charity, and keeping eternity always in mind. Politics, though important, is penultimate. Policy is critical, but temporal.

Finally, as we speak the truth in love, we need to be mindful of our weaker brothers (Ro 14:1ff). Orthodox Christian commitment in our secular culture is growing more difficult. Many believers haven’t been taught to “take every thought captive” to Christ (2 Cor 10:5). Many have been taught a watered-down faith that emphasizes feelings over theological truth, thus conforming to the pattern of this world (Ro 12:2). Too many have accepted our culture’s assumptions about human nature, romantic love, and dying to self as we walk in a way that pleases God. Some of these mistaken brothers have even risen to leadership positions in our most trusted institutions. In response, orthodox believers need to come alongside these brothers graciously. Their understanding of both the world and the Word is deficient. It’s our job to encourage them back to the truth.

The election and presidency of Donald Trump has challenged the conservative evangelical community. Orthodox believers will chart a path forward by recommitting to biblical truth, speaking that truth in love, and coming alongside our brothers to help them understand a better way.

What's Next For Star Wars

What S Next For Trump

Jeffrey S. Trimbath is a fundraiser and consultant from Lancaster, PA. He holds the M.Div. from Gordon-Conwell Theological Seminary. He is an Elder in the Presbyterian Church in America.