Susie Dent didn’t take naturally to television, or so she thought. The word wizard has been the resident lexicographer on gameshow Countdown for nearly 30 years now, more than enough time for the nerves to settle into comfortable sparring with co-hosts Jimmy Carr and Rachel Riley.

Music video by Phineas, Candace, Dr. Doofenshmirtz performing We're Back (From 'Phineas and Ferb The Movie: Candace Against the Universe'/Sing-Along).

But on that first episode she was “frozen with fear” she says in this week’s Letter To My Younger Self. The etymological entertainer tells The Big Issue’s Jane Graham about growing up, finding her love of words, and the dangers of getting stuck in one’s own head.

My main interest when I was 16… well, certainly not boys. I went to a convent, which was all-girls, and I didn’t have any brothers so I felt slightly intimidated by boys. They were a complete mystery to me. I found them kind of noisy and not people I wanted to mix with. Which is very strange.

I loved music and I was quite interested in clothes. But I was definitely nerdy as well, before it became fashionable to be a geek. I was really into my work. My parents divorced when I was 13 and I’d always lived mostly in my head, but that was the moment when I decided I needed a safe space for all my worries. And it was very obvious where that space was going to be – in work and in words. I think I escaped the real sadness of it that way. It was a huge coping mechanism for me. I still find that being a word detective and trying to unravel the words people choose, it takes me away from everything.

When I was about 13 I felt really sad and wrote a secret diary about feeling awful and not seeing the point of life. I definitely didn’t feel suicidal but I was very, very melancholy. But by the time I was 16 I think I was a lot more upbeat, quite happy in myself. I’ve always enjoyed my own company, and I think I’d got through it all by then.

If you find something you are passionate about I’m not sure it really matters if you don’t have lots of friends. I was always an eavesdropper and an observer, and I think to be a linguist you have to have an ear out, always listening to things that people are saying or writing. I remember my mum saying “Oh my giddy aunt” and thinking “Who? What aunt? What does she mean?” And I’d jot it down in my notebook to investigate.

Whatever else is going on, there is apricity in abundance today (the sense-hugging warmth of the sun on a winter’s day).

The biggest things in my life have come to me by chance. I joined Oxford University Press when I came back from studying in America [a masters degree in German at Princeton University New Jersey] and I didn’t know they had an arrangement with Countdown and ITV. That wasn’t on my radar at all.

When I was asked to do it I said no quite a few times and then, thank god, my boss insisted that I go and audition. I’m so grateful to him for that. I think the younger me would be really grateful to know that somehow fate has swung in my favour on a few occasions. And that I’ve been able to indulge this passion all my life.

I’ve always been quite happy below the radar so I definitely didn’t jump at the chance of going on TV. Also, I just assumed that I would be absolutely rubbish at it. And in fact the evidence for me being right about that is there on YouTube, where you can see my fairly rubbish first performance. I was frozen with fear, and that made me look slightly arrogant. I really wasn’t, I was just so nervous. I barely moved my head.

I think the big blight on my life has been worry. About health, money, my kids, those kind of things, as [Countdown co-presenter] Rachel Riley will tell you, because she’s brilliant at telling me to stop. But I do let worries spiral.

As ever with me, it’s all internalised so I don’t really talk about it very much. But I really wish I didn’t have that. I feel like I’ve wasted so much effort and energy and brain power on worrying that something bad is going to happen. Sometimes living in your head isn’t always a good thing if your head is absolutely full of anxiety.

If anything, I probably feel it too strongly because it makes me want to protect my girls from absolutely everything. I realise that I’ve got to start letting go. It’s been a bit easier since my eldest went to university. She’s completely independent now, and I don’t know what she’s up to day to day, even though we talk a lot. So I’ve kind of navigated that one and I think I’ve got to the other side, which is good. But it’s a really tough thing to have to do.

If I could tell my younger self one thing it would be, don’t worry about what people think. I’m hugely self-conscious and always have been. I hate being photographed with a passion. Google Images is awash with horrendous pictures of me or of me running away from the camera. It’s something I always say to everybody else and never take my own advice on, that it doesn’t matter if other people criticise you.

I was quite nervous about going on Twitter, for example, because I immediately thought I was going to be trolled. I remember really steeling myself to look at notifications. But actually I tend to get followed by people who are equally passionate about words and that’s brilliant because it’s enabled me to have this real connection with some lovely people I never would have met. But I had this fear that people were going to think badly of me.

We're Back And Growing Strong Teach To Be Happy Quotes

There’s so many downsides to social media but one of the really good things about it is that it enables people to be themselves and to celebrate being different, not being run of the mill, and not fitting into a norm. I think it’s brilliant for people who want to find other less conventional people who are like them.

When it comes to things like comedy – 8 out of 10 Cats Does Countdown – I’d tell myself you don’t have to try to be someone you’re not. In the beginning I was really worried that I wasn’t funny so what was I doing on the show? In the actual recording the audience get 40 minutes of really, really funny quips from the comedians and they’ll be laughing their heads off, before Jimmy [Carr] even introduces me. And I used to think, oh god,

I can’t let the humour drop, I’ve got to be funny. And it took me a while to realise that actually, that’s not what I’m there for. I’m not funny and that’s fine. I’m normally only funny by mistake.

If I could go back and re-live any moment in my life, a moment of real, real happiness… I was in New York taking the Staten Island Ferry, and I was on my own. I saw the Statue of Liberty, it was incredibly sunny, the sea was sparkling and I had everything I needed. I felt totally free of any worry as to what might happen; everything was perfect in that moment. I haven’t thought about that moment for years but that’s what suddenly sprang to mind. The swish of the water, the sun on my skin, the chatter of people around me – I just thought, yeah, this is where I want to be.

Word Perfect: Etymological Entertainment for Every Day of the Year
by Susie Dent is out now (John Murray Press, £14.99) Interview: Jane Graham @Janeannie 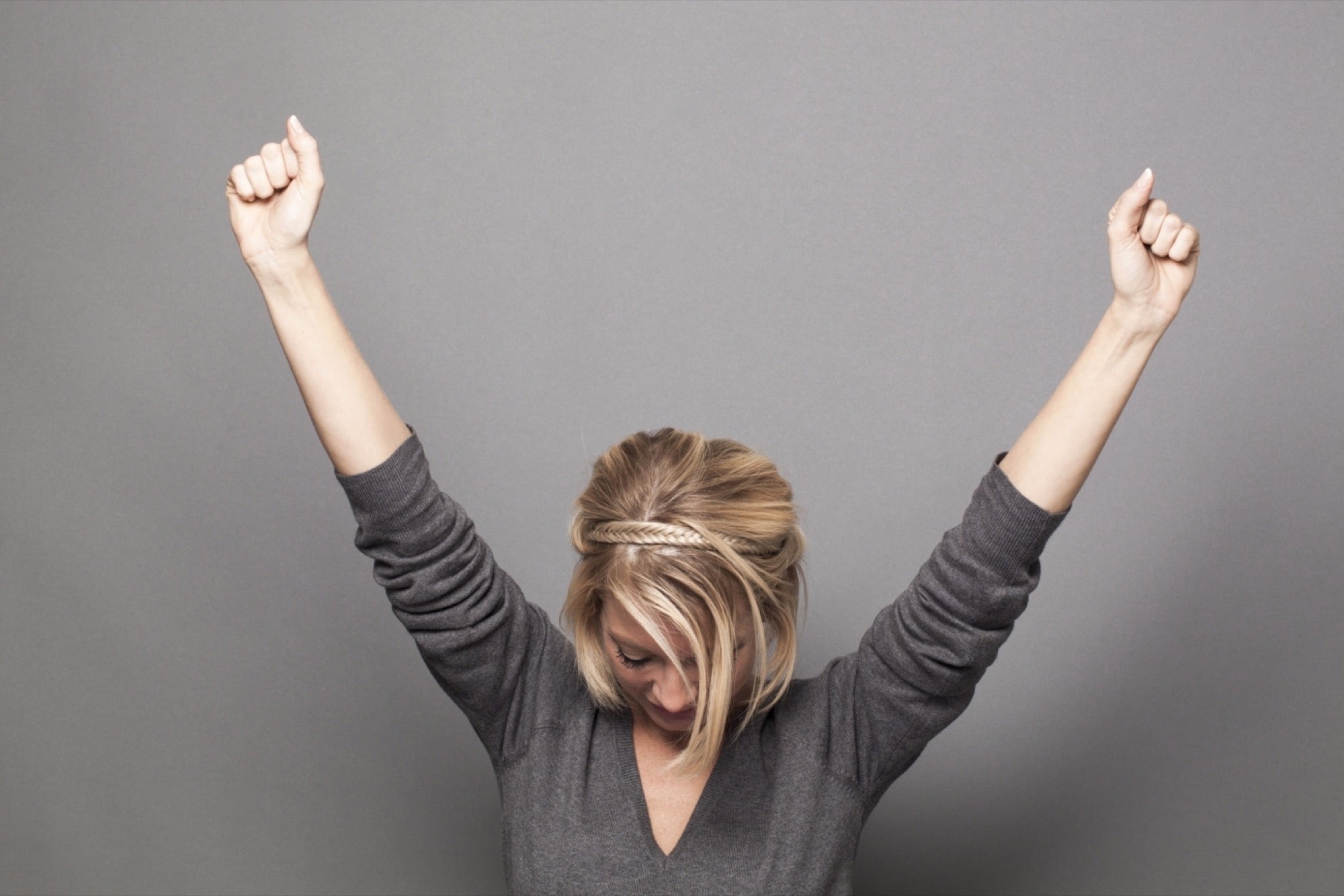 More than 1,000 Big Issue vendors are out of work because of the second lockdown in England. They can’t sell the magazine and they can’t rely on the income they need.

The Big Issue is helping our vendors with supermarket vouchers and gift payments but we need your help to do that.

Please consider buying this week’s magazine from the online shop ortake out a subscription to make sure we can continue to support our vendors over this difficult period. You can even link your subscription to your local vendor withour new online map.

We're Back! A Dinosaur's Story is a 1987 children's book drawn and written by Hudson Talbott,[1] and published by Crown.[2] A Tyrannosaurus rex named Rex is the main character and narrator. Other dinosaurs included in the book are a Stegosaurus, a Triceratops, a Saurolophus, a Pteranodon, an Apatosaurus, and a Deinonychus.

A sequel book was later published, Going Hollywood! A Dinosaur's Dream[3] and Your Pet Dinosaur: An Owner's Manual.[4]

One day, in the Cretaceous Period, as a Tyrannosaurus named Rex is about to devour a smaller dinosaur, he has captured by a flying saucer piloted by a small, reptilianalien named Vorb. He recruits him and several other dinosaurs (including Bgon the Apatosaurus, Woog the Triceratops, Jorbl the Saurolophus, Spike the Stegosaurus, Dwig the Deinonychus, and Pteri the Pteranodon) he has found for a trial of a special 'vitamin' he has developed which, upon feeding it to the dinosaurs, causes them to become sentient. Vorb takes them aboard his saucer and they travel to the present, dropping them off in New York City, which at that moment is celebrating the Macy's Thanksgiving Day Parade. The dinosaurs pretend to be inflatable balloons to sneak along with the parade, but Rex mistakes one of the real dinosaur balloons to be his Allosaurus friend Worgul. The ruse is broken as a result of him accidentally popping 'Worgul' and the dinosaurs flee as the crowd panics in sight of them. The police come to capture the dinosaurs soon after, but the helpful curator of the American Museum of Natural History, Dr. Miriam Bleeb, takes the dinosaurs in, and hides them from the cops by having them pretend to be life-size model dinosaurs. This satisfies the police, who leave to search for the dinosaurs elsewhere, and the curator lets them stay for the night. She reads them a bedtime story about a trilobite who wanted to walk on land, while the dinosaurs watch out the window, unsure about their future. [5]

We're Back And Growing Strong Teach To Be Happy Pdf

The book was later adapted into an animated film of the same name in 1993, produced by Steven Spielberg's Amblimation animation studio and distributed by Universal Pictures.

We're Back And Growing Strong Teach To Be Happy Youtube

We're Back And Growing Strong Teach To Be Happy Book