You can run MacOS in Virtualbox. Because? Because.

In the pursuit of Hackintosh, you need a Mac. That’s well and great, but I didn’t want to screw around with my partner’s Macbook. So what if you want to sandbox something? Virtualbox!

The macOS Virtualbox option is designed for genuine Apple hardware. You will not get community support from Virtualbox if you have trouble with this process, as it’s against Apple ToS.

You need a donor Mac to start this process. You will not need access to it permanently, but just during the process of creating an ISO for your VM to setup with. Else, you need:

This guide will discuss installing MacOS Mojave, however installation process should be similar for all MacOS versions.

⚠️ At the time of writing, Virtualbox and Hyper-V cannot co-exist on Windows. MacOS is also not installable on Hyper-V. I use Linux in my screenshots as I use Docker on Windows. This also includes Windows Subsystem for Linux, which tripped me up from installing. 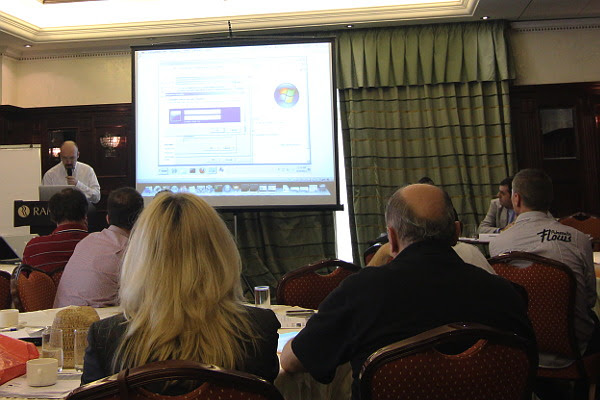 Virtualbox installs generally prefer to use an ISO file, which unfortunately will require some handiwork to get a hold of. Persevere and you will get there!

On the MacOS machine, download the Mojave installer. Don’t worry about actually running this application, as we’re going to use some terminal magic to build the ISO from the package.

This process is not affected by MacOS Installer expiry.If your MacOS installer has expired, you can continue with this guide.

Once the package has been downloaded, pop open Terminal (Utilities folder in Launcher), and run the following commands:

This will create a virtual ‘disc’ stored in your temporary directory. This is what we’ll stuff the Mojave installation stuff into.

Now MacOS can ‘see’ your disc as an actual disc, ready for writing to!

We’re now grabbing the installation DMG from within the updater package, and storing it within the disc image. This will rename the disc image, so don’t panic that ‘installer_goes_here’ has vanished.

Now, detach the image from our MacOS. You can just eject it like regular DMGs. If not, run the command:

(it may change since OS X is legacy. To check, run ls /Volumes and see if it’s there, renamed).

Now for the final process, let’s convert our CDR image to an ISO!

You should now have a file on the Mac desktop called ‘Mojave.iso’. Congratulations, you have your installation disc! Copy this over to where your Virtualbox is setup. The Mac is no longer needed at this point.

⚠️ Before continuing, install the Virtualbox Extension Pack, if you haven’t already. This comes with a special USB 3 driver that without, the Mac simply won’t see USB devices.

Virtualbox has the option for a MacOS virtual machine in it’s New VM dialog, but we will need to make further adjustments to make it truly Mac-ready.

When creating the disk, you can use either format versions. Dynamic will not immediately take up the storage size you chose, whereas Static immediately reserves the chosen size for the VM. The latter is slightly better for performance.

Now you should have a new, primed MacOS machine. But you will need to run some commands now. This can be hit-and-miss, and may require some Google-fu. The following works for my AMD FX computer:

The above does the following, in order of command:

Before starting the VM, open the VM settings and make the following changes:

With all that done, we’re ready to start the VM!

You should be greeted with the following screen:

Click on the folder icon, and find your ISO created on the Mac before, then click Start.

And wait. yes, this process takes a long time. If your installation stops, try googling the last output message to see if there is a community fix, or post below… Otherwise, this is generally a slow process.

If all has gone well, you should be greeted by the MacOS installer language selection. If so, you’re almost there! On the top menu, open Utilities > Disk Utility.

There should be a disk named VBOX HARDDISK or similar. This is the VDI you created during the setup process, and not your actual hard drive. So go ahead and full-erase this disk, with Mac OS Extended (Journaled) and GUID Partition Map.

Once the disk formatting has completed, close it down. You should now be able to start the installation!

Once this is complete and you filled all the required details in, congratulations! You’re running MacOS Mojave within Virtualbox!

At the end of the day it’s still a virtual machine, and a technically unsupported one at that. However, considering the matter it’s still impressive how Virtualbox can cope with MacOS.

Files can be shared using typical Windows share features. If you share a folder on your network from your host machine, your Mac VM should be able to connect to it.

This required a lot of Googling, and these are the people who saved me at the end of the process!

You get Guru Meditation, “A critical error has occurred while running the virtual machine and the machine execution has been stopped” when machine gets to RandomSeed.

This is a difficult one, and will require investigation. I checked the logs as the error message said, and discovered:

HM: HMR3Init: Attempting fall back to NEM: AMD-V is not available

If you’re on an Intel processor, it’ll likely say VT-x instead.

Obviously, check if this is enabled. If you’re on a legacy BIOS computer, it’s a straightfoward scan for AMD-V/VT-x in your settings. If it’s UEFI, you’re gonna have to Google it.

Strangely, on my machine it was enabled. Supposedly Virtualbox and Hyper-V can run side-by-side, so at this point I decided to remove Hyper-V, to see if that would improve. It didn’t, but I forgot something. For this to work, you must turn off Windows Subsystem for Linux!

I completely forgot that WSL uses Hyper-V, and apparently still does when it’s disabled. Unfortunately, it would seem (for me at least) you need to trade it off for macOS in Virtualbox.

I will retest this when WSL2 is launched.

Mac OS is the secondmost popular operating system after Microsoft Windows. Although you arecomfortable using Windows for a very long time but there are many scenarioswhere you need a Mac OS machine.

Whether you want to develop your iOS app on Xcode, using apps like Final Cut Pro or iMovie which only comes on Mac OS, you need to buy an expensive Apple Macbook. So, without making a hole in your pocket, the alternate solution to this installing Mac OS on your Windows computer. Let’s get started with this tutorial

As you are on a Windows PC, you don’t have access to Apple Store to download Mac OS. You need to download Mac OS from an external trusted source. You can download the latest Mac OS Catalina 10.15 or Mac OS Mojave 10.14 Installer files from our website.

There is various free Virtual Machine software available for Windows such as Oracle’s VirtualBox. But I recommend using VMware Workstation Pro, although it’s a paid software but you can use it free for 30 days trial. You can download Vmware Workstation Pro 15 from this link.

If you face any driver issues, Try installing VMware tools from the VM tab in the VMware window. Also, I would recommend assigning a minimum of 4GB RAM and 40GB of Hard Disk to your Virtual Machine.

That’s it for the tutorial If you face any issues or had any query then please let us know in the comment section below. You can also send us an email via the contact us page for personalized support.