Macquarie Island station is on a narrow, windswept isthmus near Wireless Hill. It is the longest continuously operating Australian station in the sub-Antarctic or Antarctica.

Macquarie Island is home to a large variety of wildlife, including thousands of seals and millions of penguins, and has been designated a World Heritage site. It is a Tasmanian State Reserve and is managed by the Tasmanian Parks and Wildlife Service. It is Australia's Sub-Antarctic jewel. Macquarie Island: Home Image Map Search References Links. Macquarie Island 54° 62'S, 158° 97'E. One main island; outliers Judge and Clerk Islands 16 km N, and Bishop and Clerk Islands 29 km S; of sedimentary origin with volcanic extrusions; in the Pacific Ocean.

Macquarie Island station is made up of more than 30 separate buildings. These include accommodation, a communal mess, a doctor’s surgery, stores, workshops, communications and power generation facilities. Most of the research and scientific buildings are also located on the isthmus. These include facilities for studying geophysics, biology, upper atmosphere physics and meteorology.

Macquarie Island station was established by the first ANARE in 1948. Since then, the station has seen a series of upgrades and refurbishments.

The Southern Aurora donga (otherwise known as SAD) is one of the original structures in the complex. It dates from 1958. SAD has 18 cubicle style rooms, with toilet and shower facilities at one end. It is the only traditional style donga left on any of the Antarctic stations.

Garden Cove, built in 1969, contains 8 larger rooms with communal bathroom facilities. The rooms have raised bunk style beds and windows that can be opened.

Cumpston Cottage is a prefabricated two-storey timber house. It was built during the 1995–96 summer. The cottage has living quarters for the station leader, doctor and chef. It also contains the station leader’s office.

The kitchen and the mess are the social heart of the station. This space is a venue for everyone to spend time together in a community atmosphere.

The number of expeditioners on station varies from 14 to 40. This depends on the season and on research or construction projects.

In this 360 degree tour of Macquarie Island see how expeditioners live and work by exploring a range of buildings and scenic areas. Visit the kitchen and dining room, the library or a bedroom, and check out the biology laboratory, see where the daily weather balloons are launched, or stand on the island’s wild and windswept beaches.

You can view the tour on a computer, tablet or mobile phone. Phone users also have the option to view the tour with a virtual reality headset.

On the right side of the virtual tour screen is a map that you can expand. Scroll up and down the map and hover over each yellow dot to see which building or lookout you can visit. Alternatively, follow the menu on the top left of the screen. In some locations you will see an ‘i'. Click on these information boxes to read more about the place you are visiting. 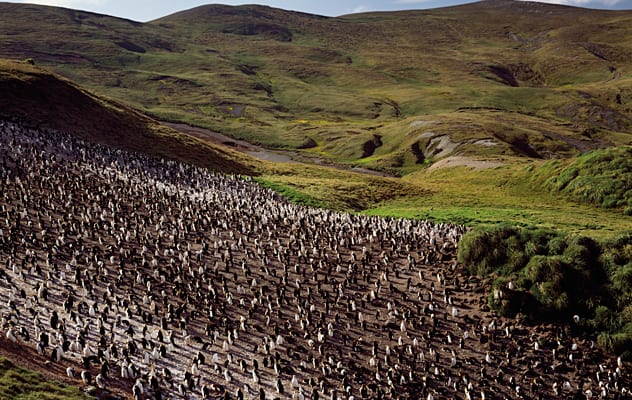