Fairy and folk tales are useful in drama sessions for children and adults as they provide a common point of reference and contain universal characters and themes. They offer an opportunity to develop new work using a familiar structure. Practicing Collaborative Writing with Mock Fairy Tale Trials. I had the pleasure of working with an amazing group of 4th graders over the past couple of weeks in a collaborative writing project that culminated in a mock trial or Jack of Jack and the Beanstalk fame and Gretel of Hansel and Gretel. After an extramarital indiscretion, a fairy-tale Prince and his sidekick are turned into frogs for all eternity, or until the Prince can convince a maiden to kiss, and then marry him. Director: Allan Arkush Stars: Martin Short, Christina Applegate, Andrea Martin, Billy Connolly.

Context for this Lesson 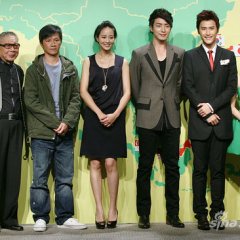 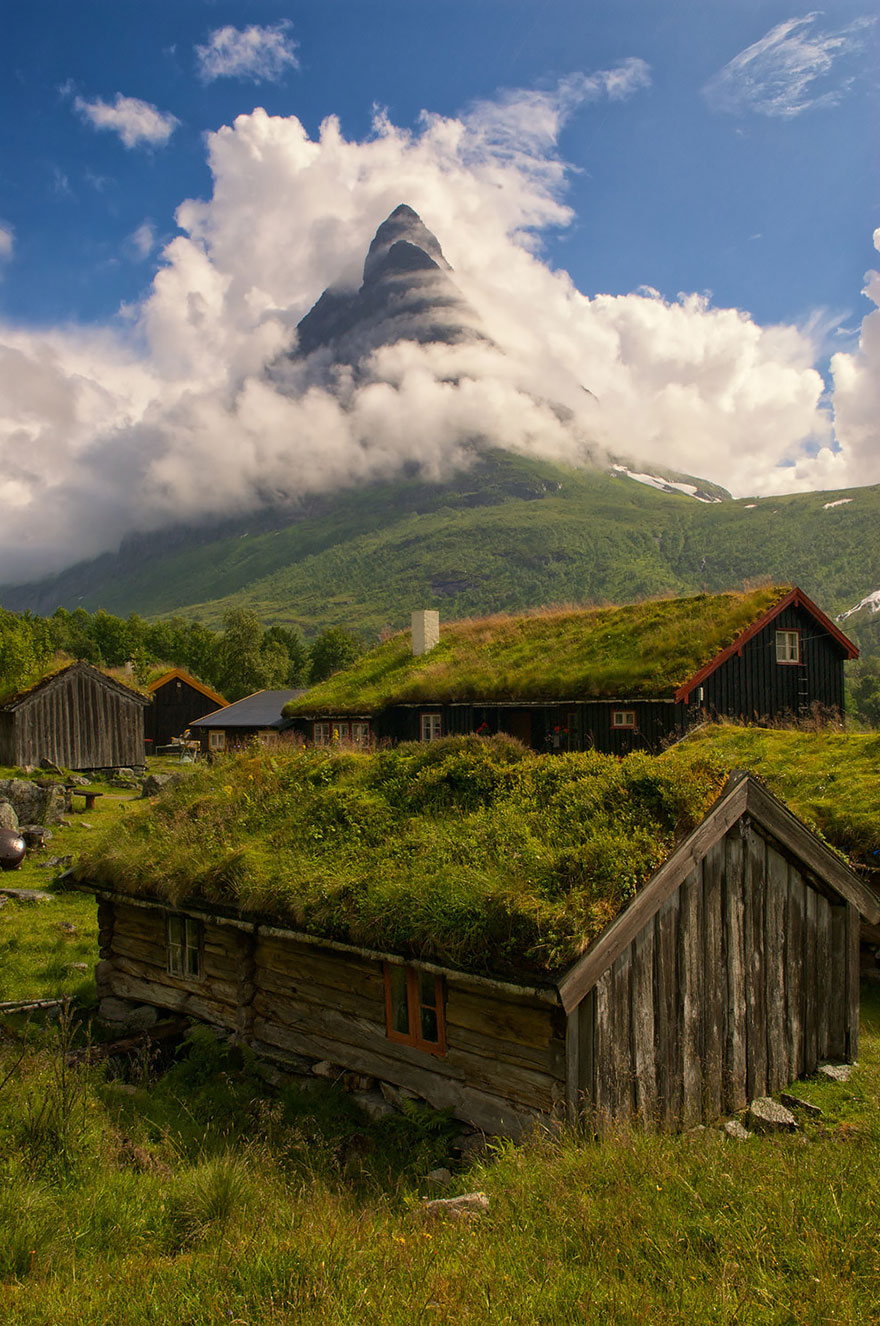 Integration of Knowledge and Ideas

'Let’s practice with the fairy tale of Cinderella. Who can tell me the basic plotline of Cinderella?' Engage in discussion determining what the beginning, middle, and end are. 'What are important details to the story that we don’t want to forget?' Talk about the characters, where it takes place, etc.

'These are great details. Now, let’s talk for a moment about how we create a great stage picture. To create a strong frozen picture, we need to think about the following:'

● SHAPE: What shape is your body making? How are you using your whole body? How can you use your body to show the audience where to focus? What is the shape of the entire image?

● SPACE: How much space does your image take up? Why? How does space define character relationships? How might space define the mood and purpose of the overall image?

● ATTITUDE: What feeling best captures the character? How do you show this feeling in your body? What is the attitude of the entire image? Ask for three volunteers. Counting them in have them create an image of the scene. Pull out similarities between the brainstormed list and the frozen image. 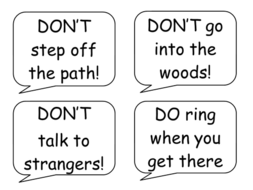 Transition: 'Great work. Now we have an understanding of what a frozen picture is. In just a moment I will break you into four groups. Each group will get a fairy tale. There are two fairy tales so two groups will do one and the other two will do the other. Your first job is to talk with your group about what happens in the story and what the beginning, middle and end are. Just like we did together. Next, each group will create a frozen image of the beginning using only your bodies. Remember Team, you can use your body to represent ANYTHING and everything in the scene (characters and the setting (objects/furniture)); whatever you think is important to tell your story.'

“Talk with your group about what happens in your fairy tale. What is the beginning of the story? What are the most important details that you want to build with your bodies? Take a moment to brainstorm what details should be apart of your image.”

“Now, I’m going to give everyone in your group a number, and you are going to build each image one person at a time. We are going to do this simultaneously, so each group will build their image at the same time.”

Assign numbers to each student (the same numbers should be in each group) and count the students in (each group does this simultaneously). Remind students as they enter in to look at what the image is, and what is missing. Once the image is built, tell them this is the middle image. Revise the image [invite one # out to serve as the director and make the image stronger based on “what makes a good image.”]

“Remember this beginning image. Now brainstorm with your group what happens next in the story. We are using these images to build the plot of our short play. Let’s go forward in time and create the next image in our drama.” Count them in one at a time again to create pictures. Choose another # to serve as director to revise the image. “This is your middle image. Let’s see you move from the before image to the middle image. Great. Everyone relax. Now let’s go forward again and create the end picture.” Count them in one at a time. Choose another # to revise as director.

Process each group in a different way:

● GROUP #1: Ask the group what image they would like to see again. Full DAR that image and title it. ○ Describe: “What do you see in this image?” ○ Analyze: “Based on what you see, what could be happening in this image?” ○ Relate: “What title would you give this image?”

● GROUP #2: Facilitator picks the image that best lends itself to voices in the head. (“Thought-bubbling”) ○ “What could this character be thinking in this image?”

● GROUP #3: Ask the group what image they would like to see again. Choose a character to “thought-bubble” and bring to life to interview. ○ “What could this character be thinking?” ○ Actor playing this character can think of something they would say or can use a suggestion that they heard from the audience.

● Group #4: Facilitator picks the image that best lends itself to dialogue. Have one character say a line, and then pick the next characters to respond. “What could this character say that makes sense with the plot of this story?”

If possible, scribe a sentence for each B/M/E sequence of each picture. To have as a resources in the creative writing follow up.

1(D): 'So DDWT, what did we do in our work together today? Anything else?' (encourage them to name the steps they took to create their stories) 'Which details, or context clues in the fairy tale did your group find most useful in creating your image drama?' (In the discussion emphasize how they distilled the B/M/E of the story.)

2(A): 'How did the images help us to create plots? Four groups created dramas from two fairy tales. How were they similar? How were they different?'

3(R): 'How might creating these images help us prepare for our drama writing exercise? For your writing center time today, you will get to write one of the dramatic stories that you saw today. You can choose to write a story from the fairy tale that your group had or you can write a story from another tale. As you write, think about how the way the story is told shapes our understanding of what is happening.' (make connections to performance of character and setting and related details)

Korea boasts a rich history with exhilarating tales featuring compelling figures. But it can often be that much more intimidating to take on with a clean slate. From the unfamiliar phrases to intense plots, it is quite a lot to wrap your head around. But once you get your foot in the door, you may find yourself wanting to dig deeper! To inspire you to do just that, here is a list of dramas to satiate your Korean history curiosities.

Feed your hanbok obsession with “Hwangjini”

This drama tells the story of Hwang Jin Yi (Ha Ji Won), an infamous Joseon Dynasty gisaeng. Gisaeng were women highly-skilled in the arts that provided a refined form of entertainment to upper-class men. Each episode spurred interest over traditional Korean attire, as Hwang Jin Yi’s ensembles always consisted of luxurious and alluring garments. “Hwangjini” is a great series to watch if you would like to gain insight on gisaeng culture and the role of women during the Joseon Dynasty.

Korea has its fair share of fairy tales, and “Mama Fairy and the Woodcutter” covers one of the most essential ones. While the plot preserves much of the original narrative, the story unravels in the present. This fusion of traditional folklore and modern interpretation keeps the classic tale relevant and relatable. A story of a wingless fairy (Moon Chae Won) on a centuries-long search for her lost wings is too good to leave behind as an outdated myth, don’t you think?

Watch “Mama Fairy and the Woodcutter” below:

Be on the edge of your seat with “Mr. Sunshine”

The late 1800s and early 1900s, in which this drama is staged, was a time of heightened tension between Korea and Japan prior to Japanese invasion. The plot follows characters with various backgrounds, like noble lady Go Ae Shin (Kim Tae Ri) and Korean-born U.S. Marine Eugene Choi (Lee Byung Hun), on their perilous efforts to keep Korea an independent nation. The level of suspense is intense throughout the whole series, so be warned. Although “Mr. Sunshine” is historical fiction, it manages to shed light on the harsh reality faced by numerous freedom fighters. It also depicts how life changed for Koreans as they started adapting Western customs.

Live out your royal fantasy with “Princess Hours”

Life in the palace is hard to relate to for us common people, but this works as a plus in this case. “Princess Hours” presents royal life in a relatable manner by telling the story through Shin Chae Gyeong (Yoon Eun Hye), an ordinary high school girl-turned-Crown Princess. As she navigates through uncharted waters of palace rules and customs, you’ll find yourself learning alongside her. Of course, this drama is based on the assumption that the Korean monarchy never ended. While it is not historically accurate, it does allow us to experience Korean royalty in an indirect and fun way!

Keep your mouth watering with “Jewel in the Palace”

Once you’ve familiarized yourself with a few aspects of Korean history, you are certainly ready to watch this boss level of a drama. Aired in 2003, it reached commendable viewer ratings over the course of its 54 episodes. The extensive story line covers the life of Jang Geum (Lee Young Ae), Joseon Dynasty’s first female royal physician. Her humble beginnings as a cook in the palace allows us to get mouth-watering glimpses of the time period’s royal cuisine. Also, her progress moving up the social classes gives insight into the social hierarchy of the times.

Watch “Jewel in the Palace” below:

Have you watched any of the mentioned works? Which one sounds the most intriguing? Let us know in the comments!