Dead Zed, a free online Shooting game brought to you by Armor Games. Shoot the zombies, organize search parties to look for survivors and new weapons, manage your group to defend and repair your safehouse. 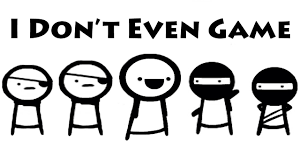 Dead Zed is the first game in the online zombie game series called Dead Zed 1; the zombie game is an online game and one of the few fun shooting games that can be played for free online.

The plot of Dead Zed is simple; the player wakes up in the middle of a zombie apocalypse and in 40 days help will arrive to save the players. The purpose of the game is to survive until rescue arrives in this fast-paced shooter game. After waking up a broadcast announced that help would be arriving in 40 days time and in this flash game surviving is the main aim of the game.

In Dead Zed, time is very important. In this shooting game the player must gain time by killing the waves on undead they will face; the hordes of zombies stumble towards the barn your group of survivors is calling home. The zombies are all the same and emerge from the fields where the player is waiting with their rifle; to win the level, the player must kill all of the zombies before they reach the barn. When they reach the barn the group is killed, eaten and turned into zombies. Getting headshots will reward the player by adding 10 seconds onto the timer, killing a zombie any other way will only add 5 seconds.

Clearing each level adds some time, the time allows the player to send a search party to a house on the map in search of weapons, items and other survivors. Each time the party goes out they may find something and bring it back or the group could fail at finding anything; it's also possible that someone in the group will become injured or even killed in the trip out. 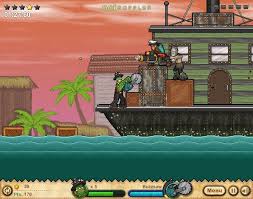 The game controls are simple however it is possible to find a gameplay walkthrough online if needed. To shoot the player needs to left click and to reload the player presses R or they can double left click. The player can switch between two weapons using 1 and 2 or can switch their fire mode with F. The music can be muted with M and the game can be paused by pressing Esc. There are cheats available for the game which can be found online to unblock all the guns and people have hacked all guns into their games. Dead Zed has also been game hacked in various other ways such as to add more time to the game.