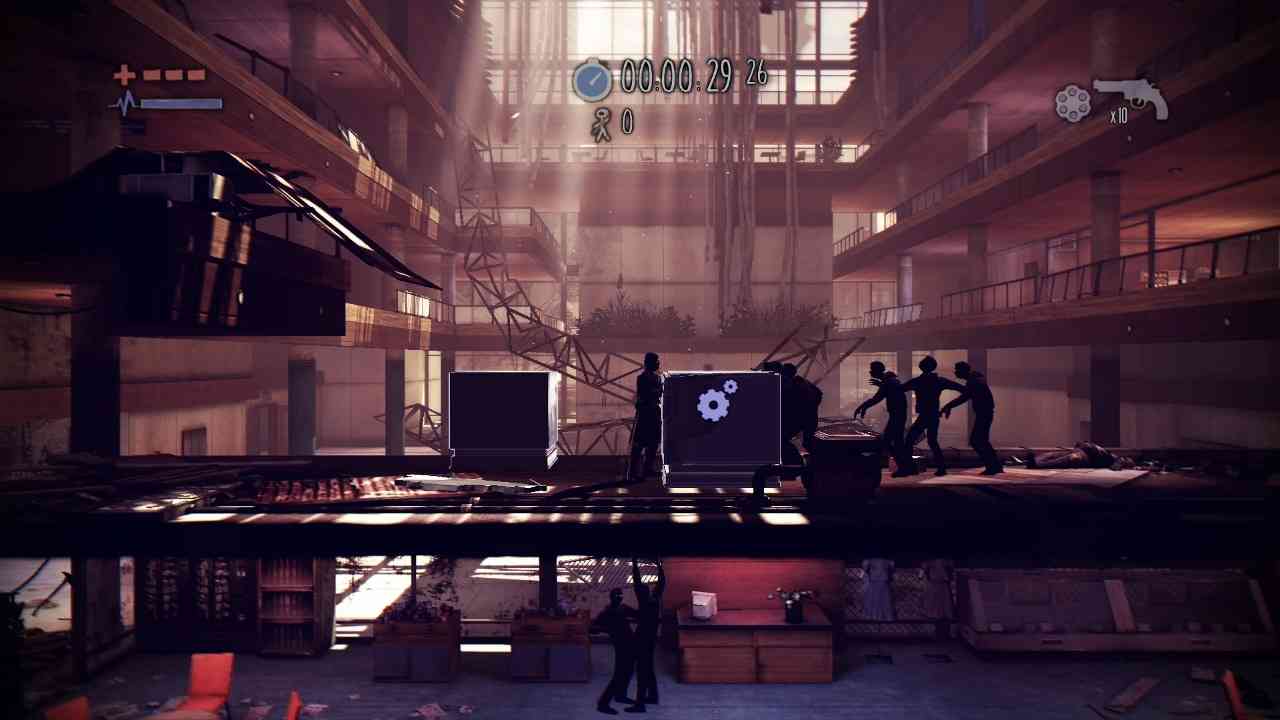 When it comes to protecting Macs from cyber attacks, users want a solution that both averts any kind of malware no matter where it comes from, and is simple enough for even the least tech-savvy people to use. Bitdefender Antivirus for Mac fully meets these requirements. Don’t be fooled by its simplistic aspect, its straightforward interface and lack of unnecessary features could easily make anyone believe that Bitdefender’s solution is nothing more than a basic antivirus tool. However, it’s quite far from that. Not only is it equipped with extras that, for instance, give you suggestions about how to improve your Mac’s security, but it also comes with a VPN and an online command center to remotely initiate virus scans and, as a nice addition, monitor your child’s online activities via the free parental control tool. For many people, getting three solutions for the price of one is already convincing enough, but Bitdefender manages to up the ante with its outstanding prices and free trial options.

From a user’s point of view, Bitdefender Antivirus for Mac provides exactly what average customers would expect: a simple and straightforward solution where functions are arranged in a logical manner and there is no unnecessary clutter to bother with. This is already impressive, but Bitdefender takes it a step further by increasing the software’s overall usability through a quick tour for first-time users, an offline help guide that can be opened using a plain PDF reader, and the autopilot feature that provides additional suggestions on how to complete your protection. This kind of extra attention cannot be said about the VPN, though this isn’t surprising at all considering that the program is simplified to the point where it only requires users to determine the server’s location to hide their online activities.

What is surprising, however, is what happens after the installation is complete. Even if the process is relatively quick – taking just a minute or so – you cannot start using the antivirus or the VPN right away as a Bitdefender Central account has to be created first. This may seem like a nuisance, but actually Bitdefender Central is a great asset…

Despite being tailored for simplicity, Bitdefender Antivirus for Mac is a delight when it comes to everyday use. All of the most important things are already set up – such as what should be done with potential threats and whether the software should monitor your activity at all times – but each of the most crucial features can be reached easily from the app’s main screen, too. To make things better, the program is intelligent enough to add cloud storage apps like Dropbox to the list of exceptions when the antiransomware folder protection is turned on. It’s worth mentioning, though, that this additional protection isn’t activated by default – unlike the annoying in-app offers that have to be manually turned off.

Another minor issue with Bitdefender’s Mac antivirus is the display arrangement of on-demand scan types. At first it may seem that you can only choose from quick and deep scans, but navigating to the “Protection” tab actually reveals a third option: custom scans. Thankfully, this and the lack of scheduling are the only problems with on-demand scans, as they can effectively bust all malware with ease – something we managed to confirm when Bitdefender quickly and correctly isolated the EICAR test malware files that were hidden on our Mac. What’s more impressive is that this same effectiveness is also true of the real-time shields; they immediately identified the infected files on our flash drive and took care of them.

There isn’t much to say about Bitdefender’s VPN aside from the fact that it provides 27 servers all around the world to connect to and that it can be configured to start automatically when your Mac boots. Admittedly, this is generally enough for the average user, but there is a serious catch. Those who don’t purchase a separate license of the company’s VPN cannot choose the server’s location, plus they are limited to 200MB of data protection per day, and knowing the average data traffic generated by a single user this is far from enough.

TrafficLight, on the other hand, has no limitations at all, mostly because it’s just a browser add-on that shields you from infected sites or pages that are intended for phishing purposes. Although it isn’t installed automatically when Bitdefender Antivirus for Mac is set up and it’s only available for Chrome, Firefox, and Safari, having it is mandatory, since it adds an extra line of defense against malware. In fact, TrafficLight works best in conjunction with the real-time shields of the software. In our case, one EICAR malware file managed to slip under the extension’s radar, but the app’s real-time web shield immediately spotted it and put it into quarantine.

There is no better way to put it: Bitdefender Central is a jackpot for various reasons. In addition to being a place for managing subscriptions, it also has a built-in support page – including knowledgebase articles and a live chat option – and a notification center that properly informs you of the threats that Bitdefender came across and managed to block on your devices. This is already a huge asset, but it’s the two additional features that make Bitdefender Central a must-have: remote scanning and the parental control tool.

The remote scanning feature is pretty self-explanatory; with it all devices running Bitdefender can be commanded to initiate either a quick or deep scan and search the device in question for suspicious activities. The parental control tool is even more impressive. Aside from providing all the features associated with such a solution – including activity monitoring, website blocking, and setting up daily internet usage limits – it also has a tracker that parents can use to locate their children or even stolen devices. 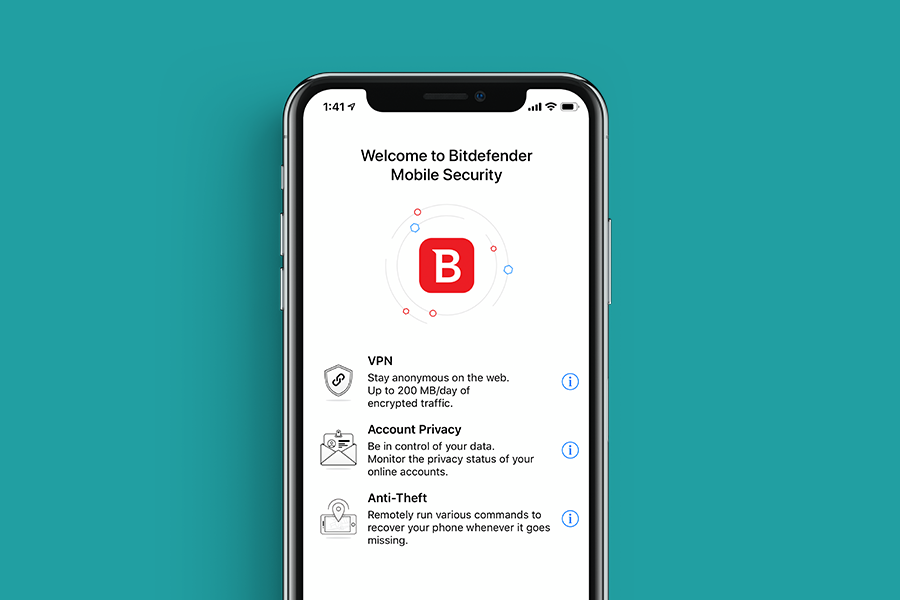 But even with these features on board, Bitdefender Central isn’t flawless. For starters, the network monitoring tool can only list the devices connected to the same network, plus it’s only available via the Bitdefender Central mobile app. The “Premium Services” tab is even less useful; it’s just a collection of paid services, out of which only Install & Setup Multi-Platform is available for Mac users. 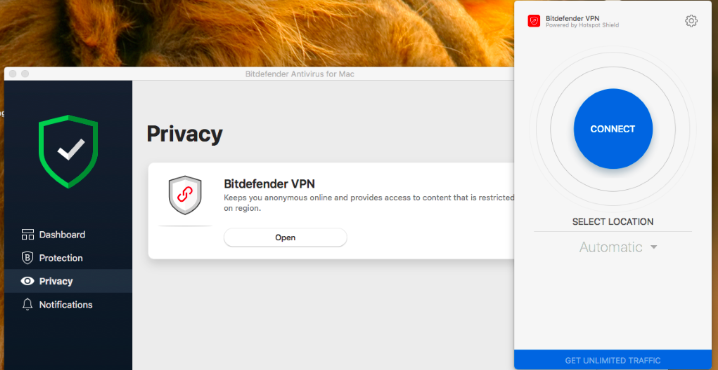 Regardless of it only consisting of an antivirus, a rather limited VPN, and a parental control tool, the price Bitdefender is cost-friendlier than one may think, even without any discount available. A single license costs $29.99 on an annual basis, but by opting for a two- or three-year subscription, the prices are $52.49 and $67.49 respectively. Although the three-year plan is an optimal choice for saving as much as possible on the annual license fees – up to 25% – the real savings can only be achieved by selecting three licenses at the same time. By doing this, an annual license costs only $34.99, meaning a whopping 61% off of the original price.

The other two options aren’t bad either: for $67.49 on a two-year plan or for $89.99 on the three-year subscription, you’ll save 57% and 56% respectively. To top it all off, Bitdefender Antivirus for Mac comes with a 30-day free trial option as well as a 30-day money-back guarantee. 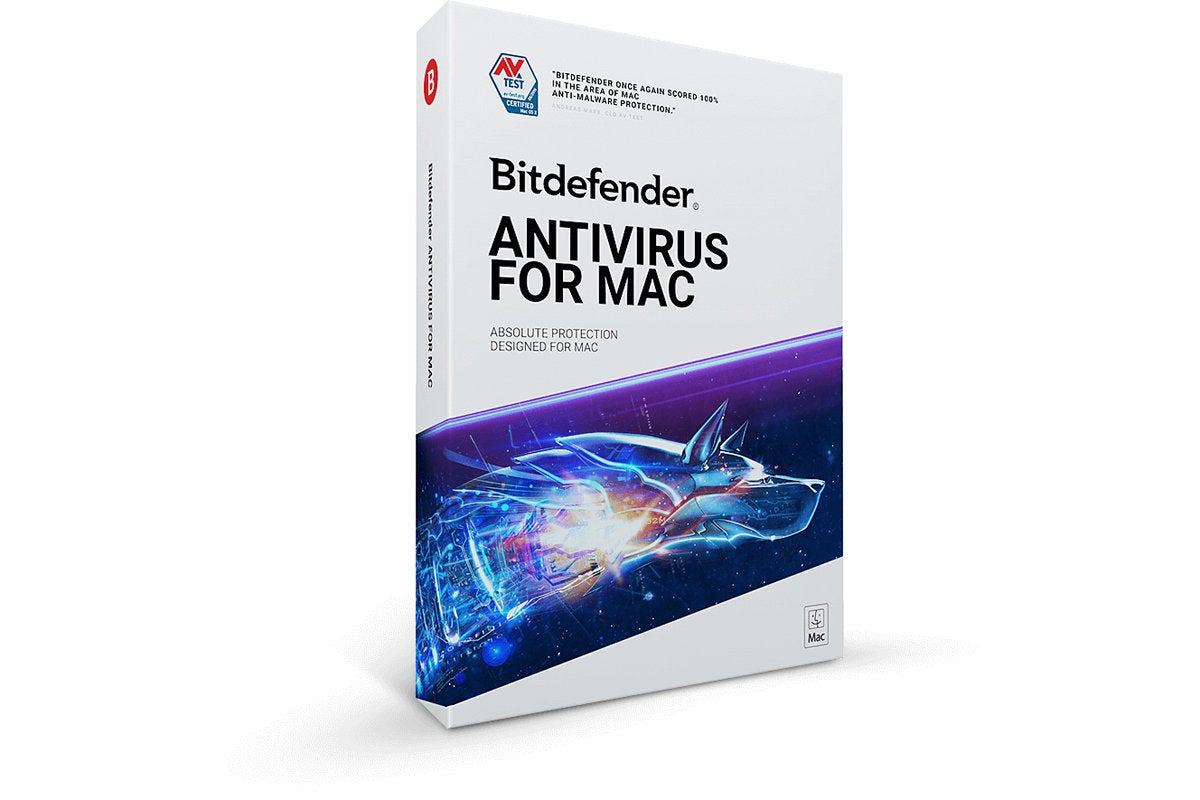 There is one thing, though. To unlock the VPN’s full, unlimited potential, you will need to pay $39.99 per year and select one of the annual Bitdefender antivirus licenses.

Although it isn’t unusual for an internet security company to provide excellent live support to its customers, Bitdefender’s attitude is exemplary. Not only are staff members available 24/7, but there is the option to get in touch with them four different ways: by phone, a support ticket, its multilingual forum, or live chat that can be initiated either from Bitdefender Central or from the company’s support page. Combine this with the fast and courteous answers you are expected to receive and you have one of the best live support services on the internet security solution market.

The on-demand support page of Bitdefender Antivirus for Mac, however, is a bit bland. Granted, it provides what’s expected in terms of quality, but seeing that the software already comes with a detailed user guide, it seems unnecessary – unlike the company’s blog, where you can find news and trivia related to the world of internet security.

On the surface, Bitdefender Antivirus for Mac seems to be nothing more than an average solution that provides all features required to keep a computer safe – plus a VPN that is, sadly, barely usable without upgrading due to the serious limitation on data traffic. But great things always require a little digging for and Bitdefender is no exception to this rule. The simplicity of both desktop solutions is already a huge asset – especially for the less tech-savvy – but it’s actually Bitdefender Central that takes the cake with the addition of remote antivirus scans and the parental control tool that can provide effective protection for the entire family. And if we take the already cost-friendly prices into consideration that are further sweetened by temporary discounts, the free trial, and the money-back guarantee, then it’s safe to say that Bitdefender’s antivirus and other internet security solutions are definitely worth a try.